Rickey is texting his girlfriend trying to plan a date when his sister comes in. Cameron immediately sees he’s really down. He explains to her that he just can’t get anywhere with his girlfriend. Cameron keeps asking questions about how he tries to get things going, how he touches his girl and finally starts having him show her and she starts giving him some guidance. Rickey is realizing Cameron is really getting into the things he’s doing. he knows she’s always been pretty open about being really into sex, and he doesn’t want to think about her being a slut, but, she is making it obvious that she doesn’t want him to stop. 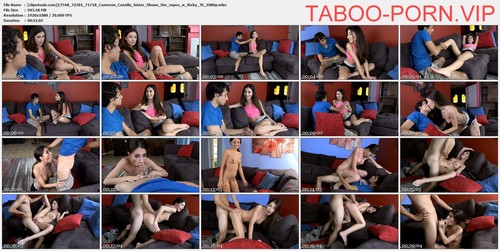