And that’s the story of Mrs. Adams’ worldwide fucking on-camera debut. She’s a wife. She’s a mom. As she revealed in her interview, she used to be a Mormon. Her former husbands were never interested in pleasing her. Oh, sure, she sucked their cocks, but they never ate her pussy.

Well, they definitely don’t do what Charli is doing here: having sex on-camera for all the world to see. But Charli is well past the point of caring about what other people think. She’s going her own way, and we’re along for the journey.

We’re sure that with a wife like Charli, he’s already the envy of them all.

Charli enjoys working out, riding motorcycles and sex. She told us her perfect day consists of sex in the morning, motorcycle riding in the afternoon with stops at a few pubs along the way for a beer and sex at night.”

By the way, our message to any of Charli’s ex-husbands who might be watching this: Surprise! You fucked up! 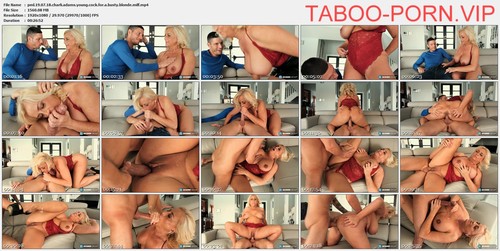