A gorgeous girl (Lyenn Parker) is fooled into an escape room game without knowing the exact rules of the game. Actually the players learn the real point of the game once they are in.. but at that time is too late to quit. They must fight for their lives and endure terrible pain in exchange for keys and clues which gives them hope to escape from the imprisonment. And all this is being shown to the darknet subscribers. Once the darkest film of ours so far with a lot of humiliation, fear and pain.

Akira May receives 45 whippings on her back and ass.

Lyen Parker receives 22 seconds of electrocution, 72 whippings on her back and ass.

The two girls, tied together to the ceiling, receive 32 whippings on her backs and asses. 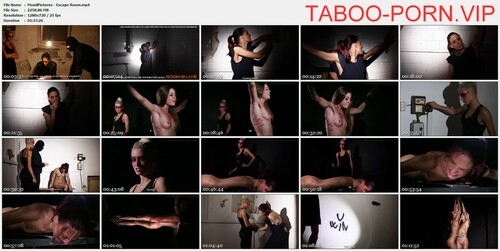