Part One Nina comes home and sees Rion on the couch watching TV. When she sits down next to him, she realizes he looks really upset and isn’t really paying attention to the TV at all. When she asks what’s wrong, he hesitantly tells her how his girlfriend Jenny just broke up with him because he has been only lasting a minute, if that, in the bedroom. Nina deliriously offers to help him out. He is her brother after all.

Part Two Nina comes in to Rion’s room to see if he wants to hang out. She starts to tell him how she dumped her boyfriend because he wasn’t lasting very long either. When he asks why not just train him, she replies that she already has trained someone. 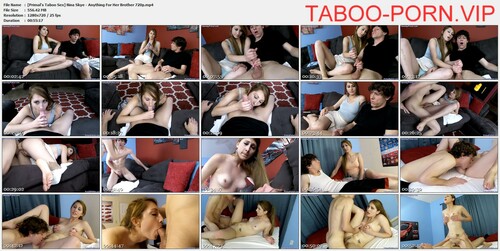