SCENE OPENS to a man named Charles (Mr. Pete) showing up at a beautiful house. Kelly (Jill Kassidy) has been waiting for this moment her whole life, so she eagerly invites him in when he makes himself known.

Kelly’s been on the hunt for her birth father for years, with many disappointments along the way because of dishonest people. She’s doubled her efforts since her mother passed away, desperate for more family, but she doesn’t want to have her heart broken again.

Charles seems nice enough, though Kelly has her suspicions. She doesn’t want yet another con man weaseling his way into her life just to get hold of her mother’s estate. While she remains pleasant, she begins sussing Charles out by asking him misleading questions, trying to determine if he’s lying or not. When did he and her mother first meet? Where was their first vacation together? What was her favorite hobby? It quickly becomes a game of cat and mouse as Kelly’s suspicions about him grows… Sometimes Charles says the right things, but everything seems TOO convenient for Kelly. The alarms sound in her head as tension between them builds.

Finally, Kelly has no choice but to outright confront Charles, needing to know the truth once and for all. 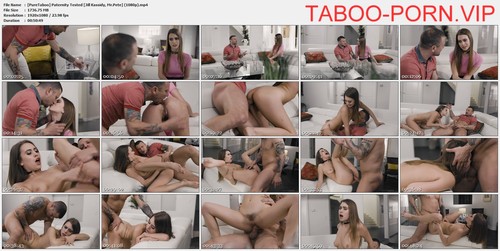