Boyfriend being a believer in good birthday gifts invites random dudes to fuck his girlfriend and giving her creampies.

At the end boyfriend and girlfriend goes around in room talking. 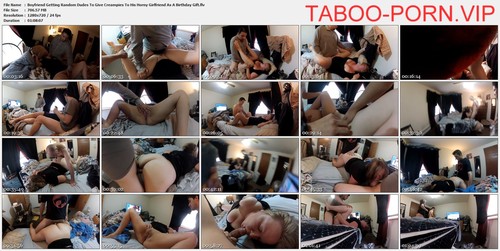