Given that they have already gone this far they figure they might as well finish this.

Conor can’t believe his eyes as his mom starts to strip for him!

He slowly eases out of her completely and kisses her passionately as they tell each other how much they love each other. They joke about how much her customer would’ve loved to see this especially if he knew he was her REAL son!

They both agree that this needs to be a regular thing, but to keep it a secret for obvious reasons! 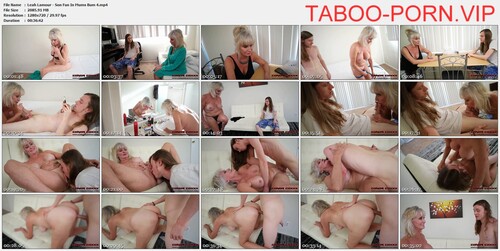